< Back to Main Page

A Mother’s Journey to a Gluten Detection Service Dog 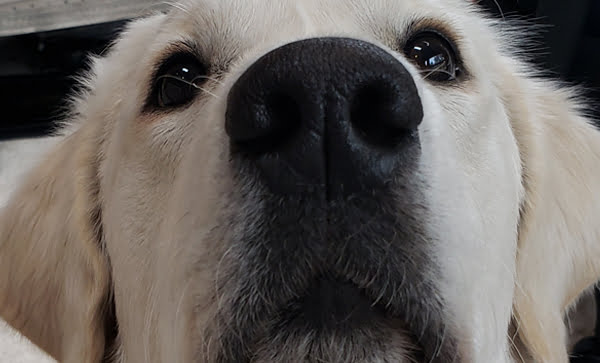 In October of 2019, we received the following message via our website:

“My name is Audra Kirby and my husband Jim and I are a local military family. Since our son was diagnosed with Celiac disease, your gluten-free bakery has been lifesaving for us. Noah was diagnosed 2.5 years ago when he was just over 3 years old. We have had a difficult time keeping him healthy and are in the process of acquiring a gluten detection service dog for him. As you can imagine, this is a very expensive endeavor. We have currently been able to save half the amount we need, but are still thousands of dollars short. I am writing to see if you would be interested in hosting a fundraiser and donating a percentage or portion of your earnings for a day to go towards Noah’s dog.”

We were immediately on board. Audra has been kind enough to share the story of her journey and this week, in honor of Noah, his family, and Celiac Awareness month, we will be donating 5% of sales from our Colorado Springs retail location and online store to help Noah get his dog.

“Something Doesn’t Seem Right”: How my motherly intuition helped us discover a Celiac diagnosis.

Noah had been exhibiting worrisome symptoms for a year and a half prior to his diagnosis.

He wouldn’t gain weight for months at a time, he had stomach pain with constipation, vomiting, pale complexion, extreme temper tantrums, and delayed speech. I knew something was wrong, so I brought him to countless doctors appointments where I vocalized my concerns. But I was always met with the same set of responses:

“It’s not a problem if he is staying on his growth curve.”

“Tantrums are a part of being two.”

I knew something was wrong with my son, but no one seemed to take me seriously. I felt unheard, defeated, and foolish, so I put my intuition aside and followed their professional medical advice for almost a year. But that year brought a worsening of symptoms and multiple trips to the ER for extremely invasive procedures that traumatized my sweet 3-year-old.

Exasperated and on a complete hunch, I requested a Celiac screening panel one day. To our surprise, the results came back as a weak positive and we were referred to a pediatric gastroenterologist.

At our first appointment, we were informed that his constipation was not a symptom of Celiac disease and were instructed to keep him on Miralax for another month. I can’t explain why, but I knew in my heart that his doctors were missing something and all his symptoms were connected. I kept searching, looking for an answer to my concerns.

After much research, I was dumbfounded to see that constipation was actually a very common symptom of Celiac disease. How could a specialist not know one of the crucial symptoms? This was when I started to lean into my motherly intuition. Even though this was all very new to me, I could feel that God was teaching me something and trying to lead me to get my son the help he needed.

So, against medical advice, I requested an upper endoscopy and biopsy.

About a week later, I was putting Noah down for a nap when I got the call: “The results came back positive. Your son has Celiac disease.” Surprisingly, a huge feeling of relief flooded over me, because even though I didn’t want him to have Celiac disease, I was grateful to finally have a definitive answer. In that instant, I no longer felt crazy. I no longer felt guilty and or second guessed the testing we put him through. And I knew then, without a doubt, that my intuition was something I could trust.

The positive diagnosis was the end of our journey of finding out what was wrong with Noah, but it was only the beginning of learning how to care for a child with a chronic medical condition.

If you’re unfamiliar with Celiac disease, know that it is a genetic, autoimmune disease that causes one’s immune system to attack the lining of the intestines when it detects the presence of gluten (a protein found in wheat, rye, barley and sometimes oats). Gluten, I’ve learned, is also found in many kinds of food, medicine, art supplies, hand soap, beauty products, and household cleaners — basically everywhere. And for Noah, even ingesting a small amount had a big impact.

It became clear we needed to change our lives drastically to keep Noah healthy. And as a mom, I was determined to do whatever I needed to do to help him.

We cleaned out our pantry and fridge and bought new food. We also replaced our toaster and many kitchen utensils that were porous, as these hold on to gluten and can contaminate food. But to ensure our home was completely gluten free, we had to change many of our medicines, and personal care and household cleaning products.

Our new normal quickly became learning to read labels carefully, calling companies about their manufacturing practices, and preventing cross-contamination while away from home. There is a large learning curve with Celiac disease, but little by little, God is showing me that he makes all things good in his own time.

This is not to say that we’ve had an easy time adjusting to this new lifestyle, but I’ve noticed that through these sacrifices, our family is growing stronger. We have come a long way in the last four years, however, there was one additional lifestyle adjustment we’ve had to make—beyond food and cooking changes—that I wasn’t anticipating.

One of the biggest and hardest adjustments we’ve had to make came about two years after his diagnosis, when Noah started pre-K. It was then that we learned just how pernicious our new gluten enemy could be.

On the first day, we had packed his own snack and made sure he had gluten-free art supplies, but that was not nearly enough. Four and five-year-olds are notoriously messy, and soon the sticky gluten protein found in art supplies, regular play dough, and goldfish snacks found its way onto every surface of his classroom, on his hands, and into his mouth.

His body’s reaction to even trace amounts of gluten wreaked havoc on his behavior, causing severe mood swings, threats of self-harm, screaming, hitting, and nightmares. His physical symptoms also returned with a vengeance, including new ones like joint pain and canker sores. Through all of this, though, his blood work was coming back normal, which seemed odd given that he seemed to be having a reaction to gluten.

His teachers encouraged us to meet with the school counselor. They believed his behavior stemmed from separation anxiety and recommended moving to a full-time schedule. We pursued counseling, but I believed there was more to it than just anxiety. I felt like I was reliving the year prior to his diagnosis, only this time, his symptoms were more intense.

Desperate for answers once again, I did countless hours of research, and contacted the advice of several specialists. I learned that in order for antibodies to be elevated in blood work, Noah would have to be exposed to gluten daily for an extended period of time. Someone with Celiac can have a gluten reaction, with all of its severe side effects, lasting for several days due to a single exposure which would not be visible in blood work.

So once again, trusting my motherly intuition proved to be very important for our family.

I felt that Noah’s sensitivity to trace amounts of gluten and his severe and long-lasting reactions could only be stopped if we pulled him from school. So for now, we’ve made alternative plans for his schooling. We currently enjoy homeschooling, but our  hope is to return him to a school environment in the future.

Even though there have been a lot of sacrifices, God continues to provide us with blessings too, like the ability to have a gluten detection service dog. We recently learned about these dogs, and looked into getting one for Noah, and it’s been an enormous gift for our family.

Gluten detection service dogs are a relatively new field and the process to get one is extremely expensive and time intensive, but we decided this was a sacrifice we needed to make to ensure that Noah lives a fuller life, and were grateful that we were able to do so. These dogs spot check for the presence of gluten on hands, food, table surfaces, art supplies, and personal hygiene products, and it will be a huge relief for me, for Noah, and our family.

Noah has named his future dog Duke, and if all goes well during his training, Duke will officially join our family in early summer of 2021 and accompany Noah to school soon thereafter.

In the meantime, Noah is thriving. He has grown several inches and put on some much-needed weight. And I am so grateful that he is continuing to do well.

The process of getting our son diagnosed wasn’t easy—in fact it was incredibly frustrating, and downright traumatizing at times. But as mothers, I believe that we’ve been given a unique sense for things, especially when it comes to our children. We have an intimate knowledge about them, a relationship that is so deeply personal that we can tell when something is wrong, or off, even when our kids are unable to effectively communicate what it is—and even if we are unable to perfectly explain it ourselves. We see our children as a whole person, not individual body systems, and sometimes, we can therefore more effectively make connections to seemingly “unrelated” symptoms.

I learned a lot throughout this journey, and I am still learning, but the most important lesson I’ve come to realize is this: that God gave mothers an incredible intuition as a gift, and it is important that we use it to advocate for our kids. 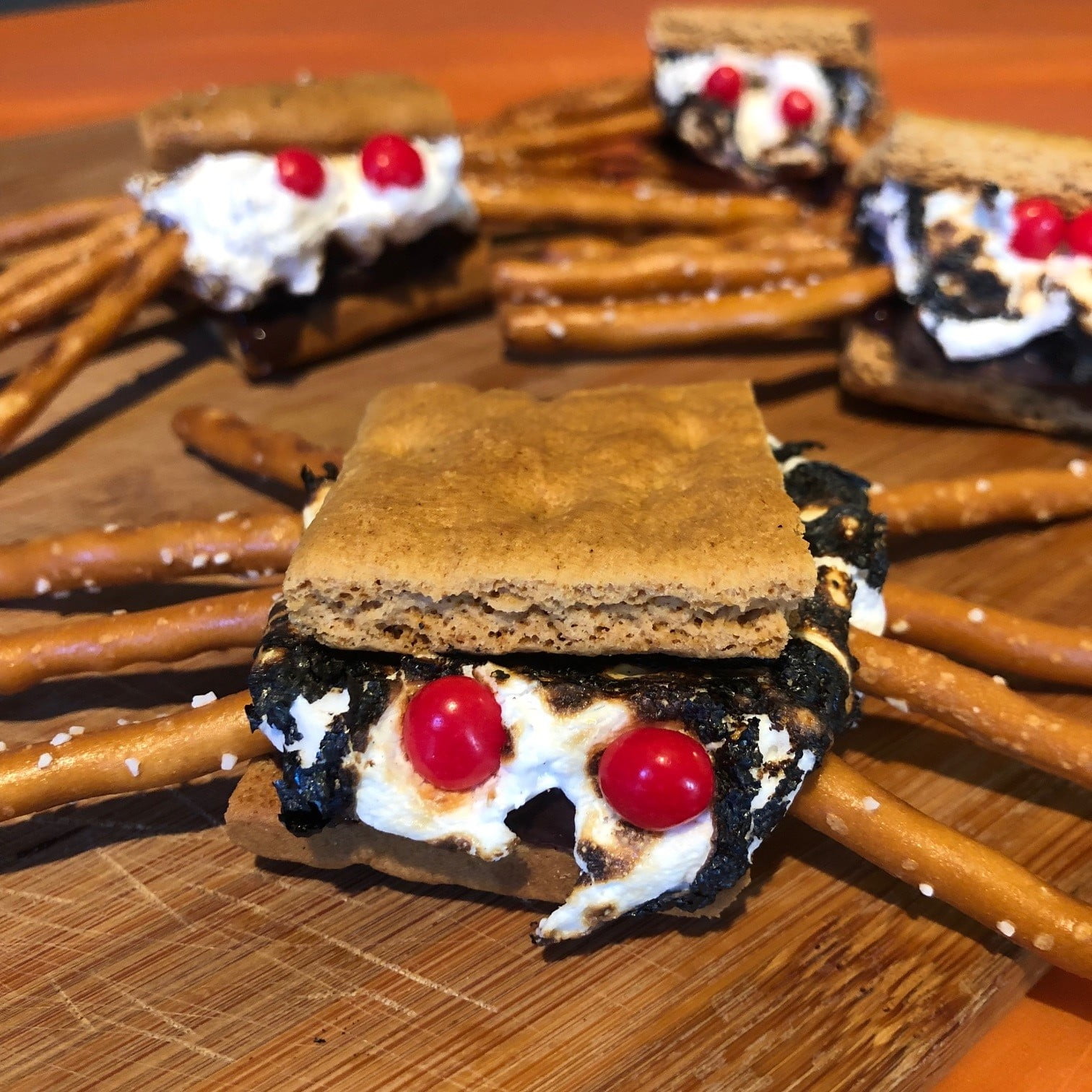 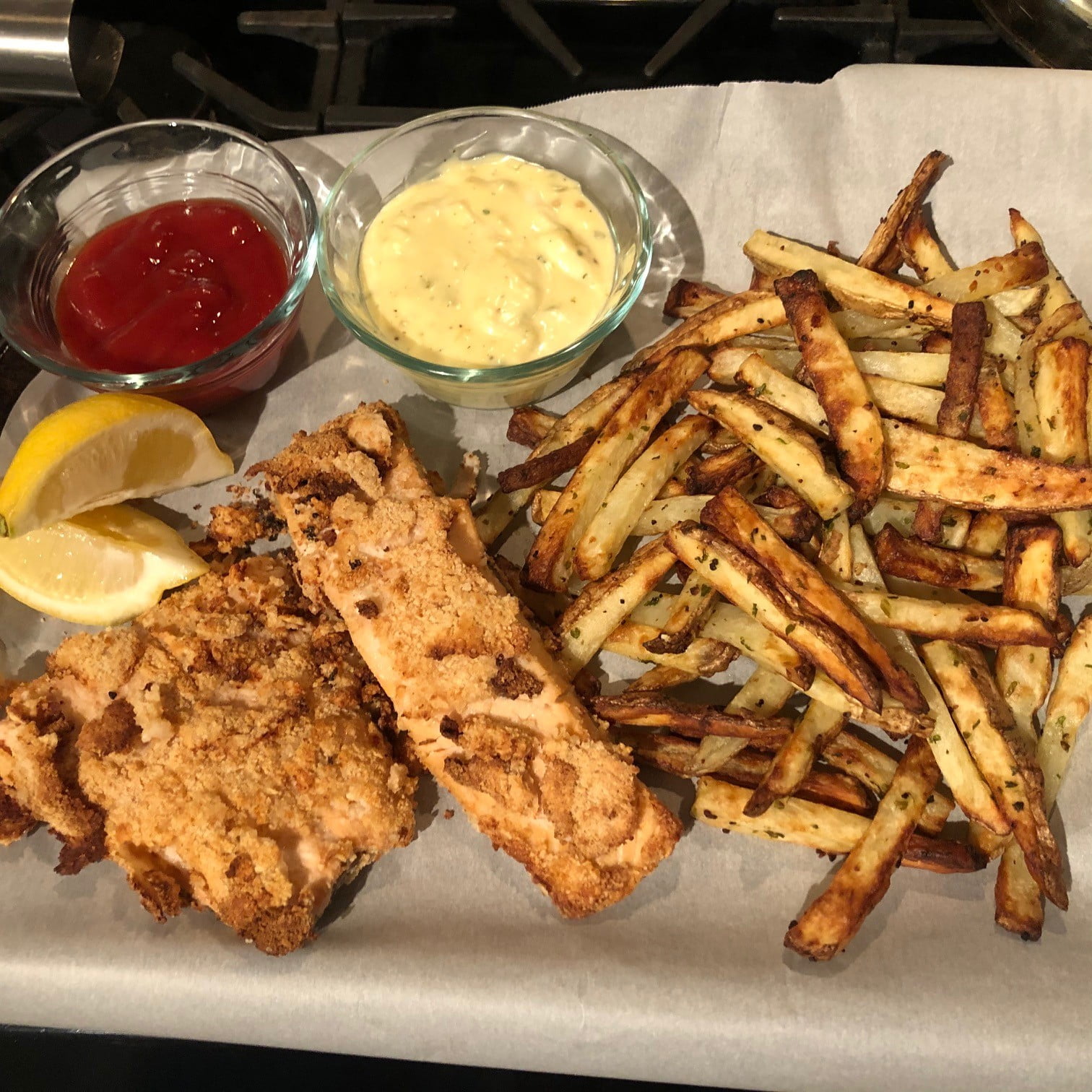 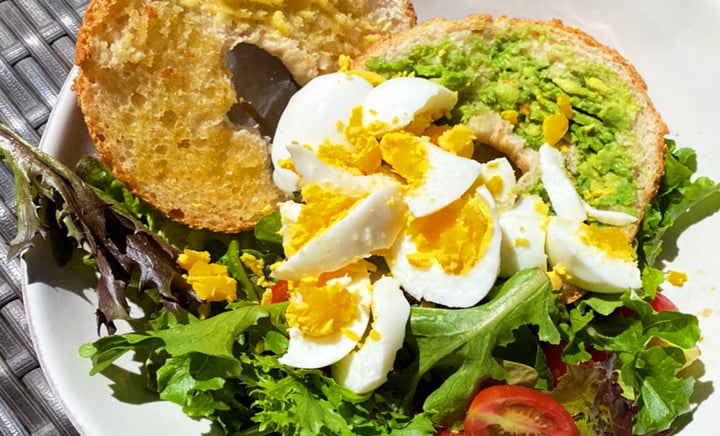 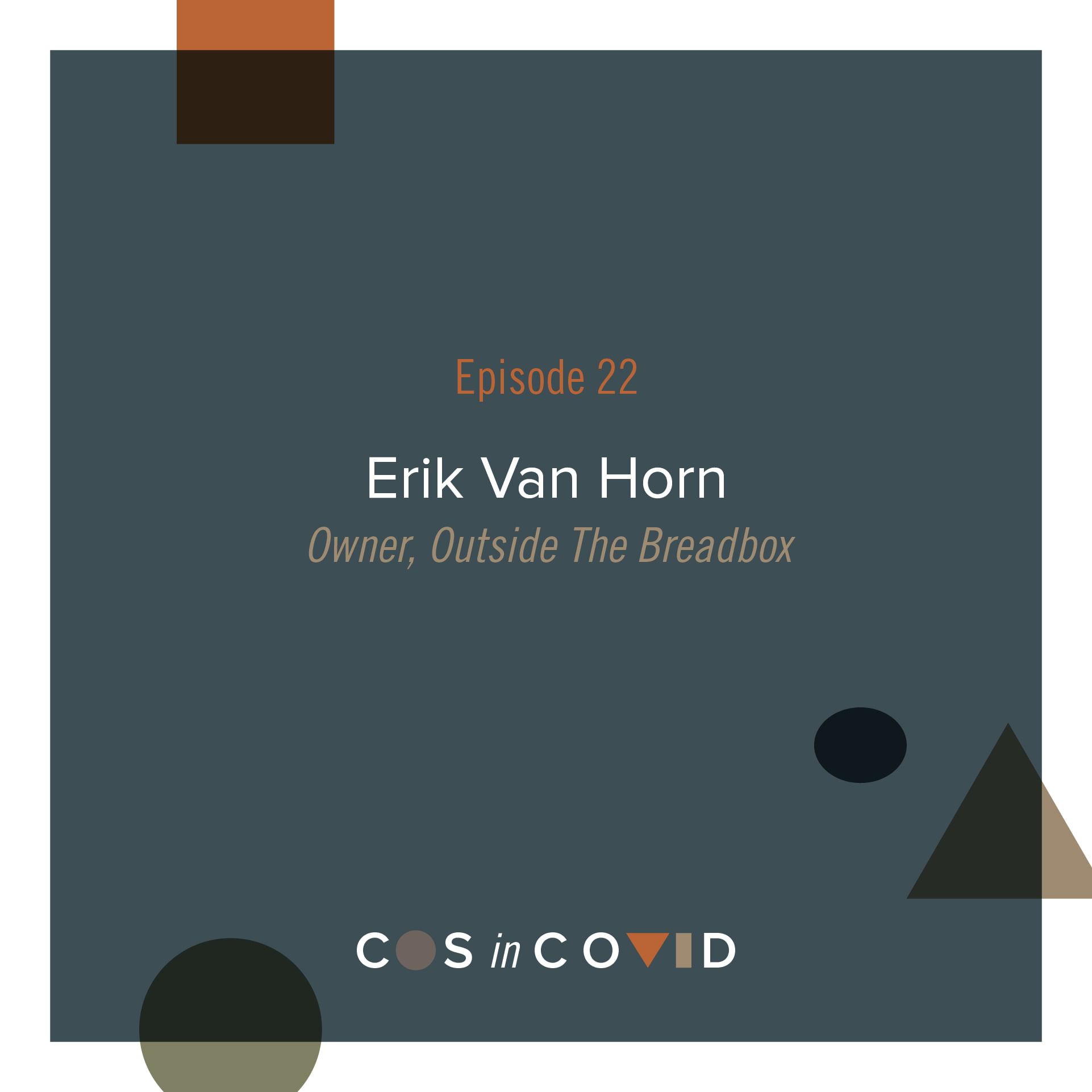 Metaphorically Speaking: An Interview with Our Owner 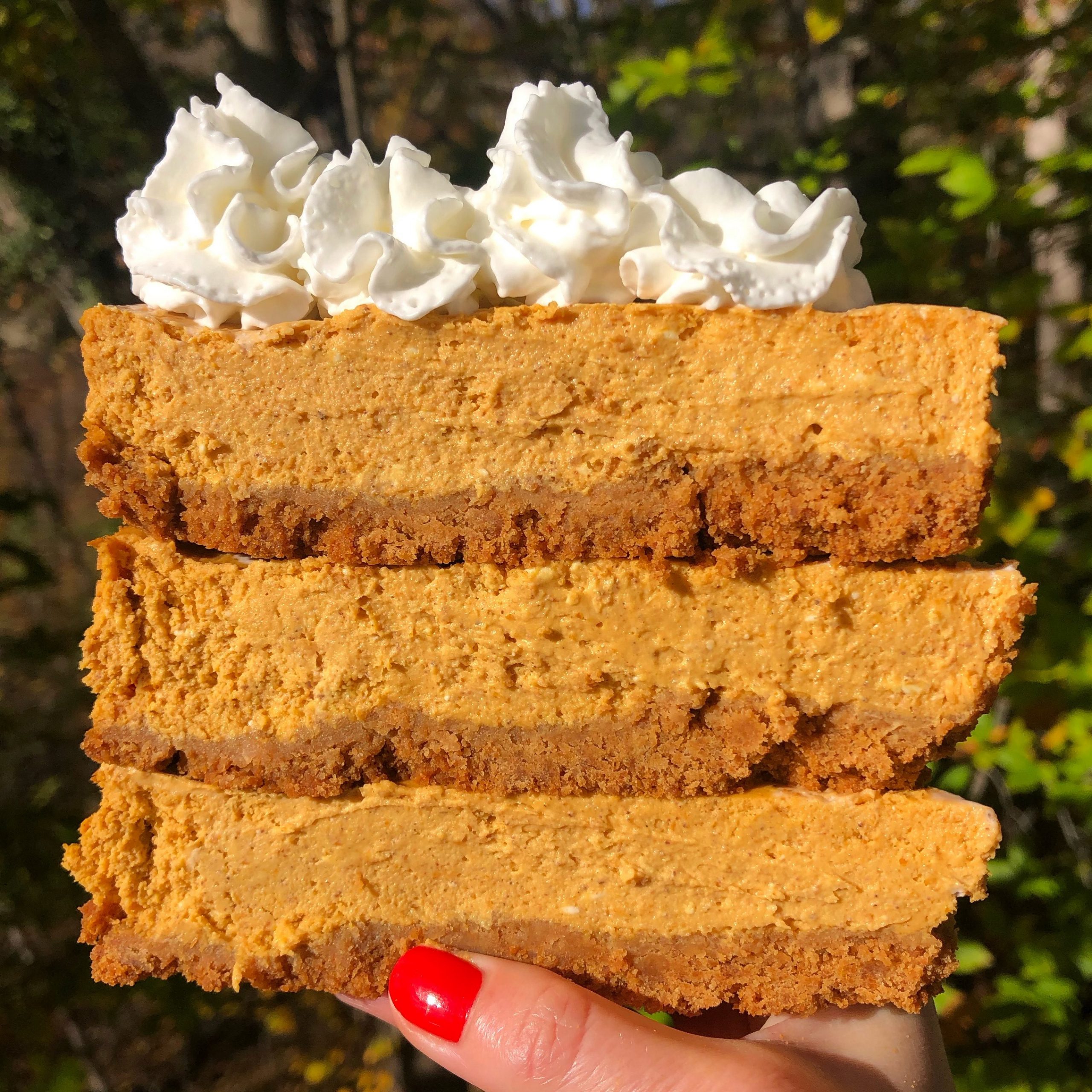 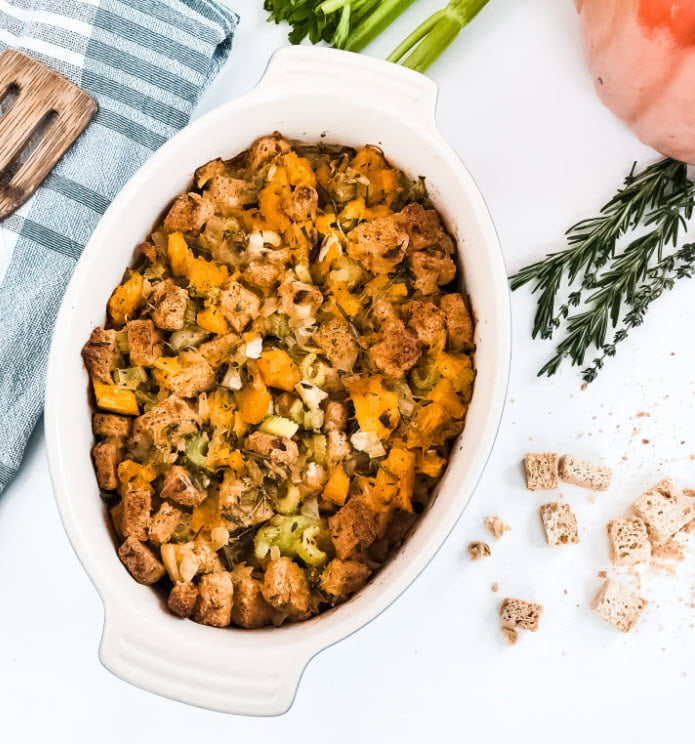 Outside The Breadbox is a family-owned, gluten-free bakery with a singular focus on delivering wholesome, delicious products with none of the allergens and all of the taste. Whether you have medically identified food allergies or just feel healthier eating gluten free, Outside The Breadbox is committed to putting delicious baked goods with only the cleanest ingredients on your table. 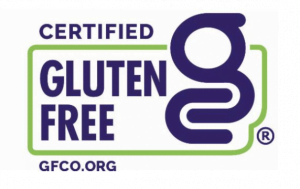